Many years later, I realized that I made a terrible mistake. A friend of mine had taught me how to play, and I immediately saw the beauty and strategic thinking embedded in the game

In 1999, I started a chess club in my 6th grade classroom. Chess became not only a game that showcased my students’ critical thinking and problem solving abilities, but it also became a metaphor for a way to navigate conflict. Chess pieces move in different yet predictable ways. So do people.

“Conflict is natural. It’s all around us,” I would tell my students. “Think of a baby brother or sister that is learning to walk. They are constantly struggling against the forces of gravity. The battle begins from the moment we are born. We learn to overcome conflict of the natural world.”

“Now think of the conflicts you have with other people. What if there was a game you could play that would help you with your disputes between friends, or brothers and sisters? Chess, my friends, is that game.”

The students were hooked.

Chess pieces move in distinct patterns. People also have patterns and tendencies.The goal is to help students recognize these patterns and choose which conflict strategy works best based on what the conflict is and who is involved. ​My students’ ideas about conflict began to shift.

Seventeen years later, I’ve dusted of the chess sets and introduced the game to a new generation of students. Working with the amazing staff at Leataata Floyd Elementary School in Sacramento California, we have started our own chess club. Rain or shine, three days a week, students rush from lunch in the cafeteria to play chess in our club.

While the students simply enjoy their games, I have noticed the level of camaraderie and respect grow among them. Win or lose, each player thanks their opponent after every match, and they carry that positive community spirit back to their classrooms.

So pick up a few sets and give chess a try in your classroom.

The Power Of Praise

My mentor walked into my classroom in the middle of the school year and asked, “What happened?” She was referring to the classroom climate that had clearly eroded. I was frustrated and angry about student behavior. She pointed out that my class was not the upbeat, positive place she witnessed in September. 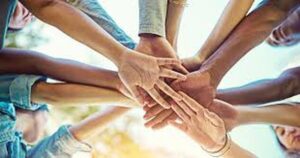 Making students feel included and building community requires an unwavering commitment throughout the year. This blog post includes activities that promote a 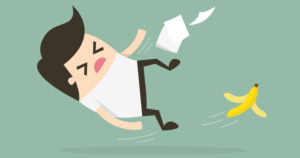 10 Mistakes You Are Making With Behavior Reflections

A positive classroom climate is essential for any learning environment. Students need to feel safe, connected, and respected in order to succeed

Conditions for Learning  works with teachers, administrators and educational stakeholders to improve achievement and create respectful climates for learning.